In 1757, 4 companies (500 men) of the regiment were part of the expeditionary force sent to Pomerania under Field-marshal Mathias Alexander von Ungern Sternberg.

In 1758, 2 additional companies (300 men) of the regiment were sent to Pomerania to reinforce the Swedish expeditionary force operating against Prussia. 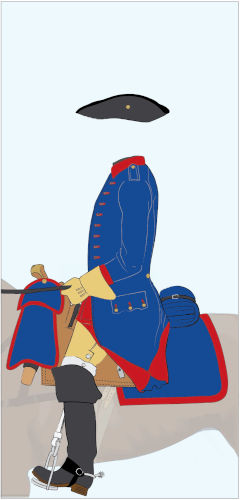 The musicians wore medium blue uniforms with red swallow nests laced white or yellow at the shoulders. The uniform had no additional laces.