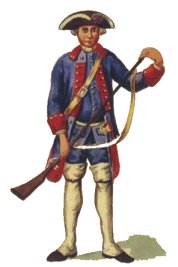 The regiment was raised in 1643 as the Terço de Chaves.

On April 20 1762, the regiment was divided into two distinct units: the 1st and 2nd Chaves regiments.

During the Seven Years' War, these 1st regiment was under the command of:

At the beginning of the campaign of 1762, the regiment was assigned to the Portuguese corps operating in the region of Tras-os-Montes under lieutenant-general Cary. 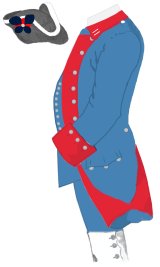 N.B.: a source illustrates a different waistcoat. However, with the known inconsistency of Portuguese uniform supply at the beginning of the Seven Years' War, it is fairly possible that several colours of waistcoats were used simultaneously. 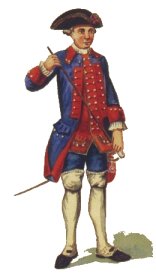 Officers wore a uniform very similar to the one worn by privates with the following distinctions:

Drummers wore a uniform very similar to the one worn by privates with the following distinctions: