During the Seven Years' War, the 1st regiment was under the command of:

At the beginning of the campaign of 1762, the regiment was attached to the corps operating in the region of Tras-os-Montes under lieutenant-general Cary. 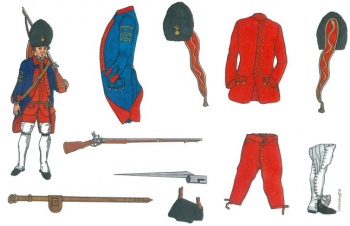 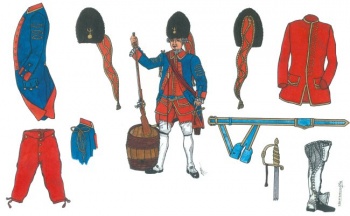 Uniform of a grenadier officer in 1762 - Copyright: Manuel Ribeiro Rodrigues 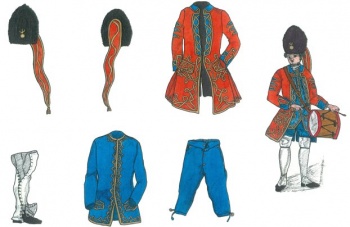 Uniform of a grenadier drummer in 1762 - Copyright: Manuel Ribeiro Rodrigues

The drummers of the regiment wore reversed colours uniforms (red coat with medium blue distinctives, medium blue waistcoat and breeches). Otherwise, their uniforms were similar to those of the privates with the following differences:

The drum barrel was light brown with red rims and black cords.