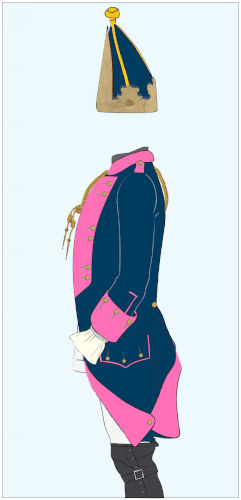 Ordinarfahne: blue field with gold fringes with, on the reverse, one grenades on each corner