Difference between revisions of "5. Herzog Grenadiers"

This grenadier battalion was formed in 1762 from troops of the Leibgrenadierregiment. It was originally designated as the Hausgrenadierbataillon.

The battalion was disbanded in 1765. 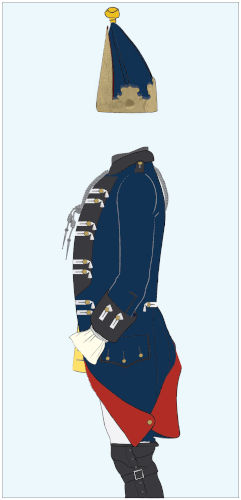 Ordinarfahne: black field with silver fringes with, on the reverse, one grenade on each corner