Andreas Joseph Count Kohary de Csábragh (1694-1757) started his military career in 1715 in the Cuirassier Regiment “Adam Comte Gondrecourt” (later Serbelloni Cuirassiers) where he reached the rank of lieutenant-colonel in 1730.

In 1733, on the eve of the War of the Polish Succession, Count Kohary offered to the Emperor to raise a new dragoon regiment of 8 companies at his own expense. The corresponding Capitulation (contract) was issued on November 4 1733 and included also his promotion to colonel and commander of the new regiment. Count Kohary invested some 150,000 'gulden in his new regiment. The staff and part of the NCOs came from his former cuirassier regiment (captains Karl Teutscher and Franz von Hochberg) and from various other regiments (Bevern Cuirassiers, Galbes Cuirassiers, Hessen-Darmstadt Cuirassiers, Jung Savoyen Cuirassiers, Hohenzollern-Hechingen Cuirassiers, Podstatzky Cuirassiers, A. von Württemberg Dragoons and Ferdinand von Bayern Dragoons.

In 1734, after completion of the regiment, it was sent to Transylvania where it remained idle until 1737.

On March 5 1739, Count Kohary was promoted to General Feldwachtmeister (GFWM, an equivalent to major-general) and Lieutenant-Colonel Mladota von Solopysk became the new commander of the regiment.

In 1742, during the War of the Austrian Succession, the regiment took part in the siege of Prague occupied by the French and was later sent to Italy.

In 1744, the regiment formed part of the troops fighting at Naples.

In 1745, the regiment returned to Northern Italy.

On June 16 1746, the regiment distinguished itself in the Battle of Piacenza. After this Austrian victory, under its commander Colonel Philippe Christian Prince Löwenstein-Wertheim, the regiment followed up and harassed the retreating Spanish army.

In 1747, the regiment took part in the siege and capture of Genoa, distinguishing itself at Bocchetta. It later garrisoned Cremona.

In 1748, the regiment was transferred to Hungary where it assumed garrison duty in various places till 1753. 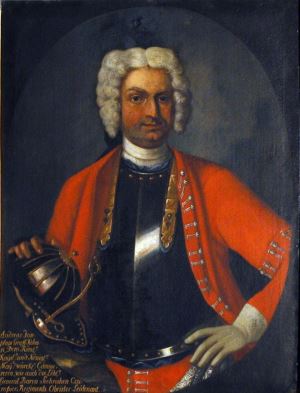 The regiment successive inhaber were:

The regiment was successively commanded by:

After the Seven Years' War, in 1763, the regiment was stationed in Vienna.

In June 1756, at the beginning of the war, the regiment was stationed in Slavonia and counted 759 men and 776 horses.

In 1757, the regiment was stationed at Vienna where it formed part of the garrison. Count Kohary died on December 21 at his castle in St. Anton/SK. FML Michael Count Althann was then appointed proprietor of the regiment.

By August 2 1758, the regiment was part of the reserve of the main Austrian army under the command of Daun near Jaromirs. Daun was following up the Prussian army retiring through Bohemia after the failure of the Prussian invasion of Moravia. It later took part in the Siege of Neisse.

N.B.: Some sources (A. v. Wrede, ALBERTINA) mentioned the regiment also at the Battle of Hochkirch but the relevant “Ordre de bataille” does not mention it; so its participation is uncertain.

In 1759, the regiment was attached to the corps of FML Harsch operating in Upper Silesia.

In 1761, the regiment was stationed in Silesia and saw no action.

On August 16 1762, the regiment took part in the Battle of Reichenbach. 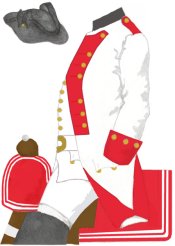 Raspe shows two rows of buttons on the waistcoat. 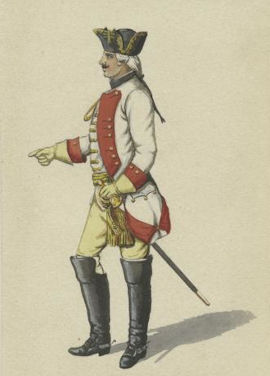 Harald Skala for the origin and service of the regiment.