This tercio of cavalry was raised in Flanders on 12 January 1676 by Nicolas Hartmant. The Venloo Dragoons contributed one squadron to the new tercio. The year of its creation, the tercio took part in the unsuccessful attempt to relieve Bouchain. In 1677, it took part in the Battle of Cassel and in the unsuccessful siege of Charleroi. In 1678, it fought in the Battle of Saint-Denis.

In 1683 and 1684, the tercio took part in operations against the French in the Spanish Netherlands and in the Duchy of Luxembourg.

On March 31 1701, all Spanish dragoon tercios serving in the Spanish Netherlands were reorganised along the lines of the French dragoon regiments at the request of the Maréchal de Boufflers.

In 1702, during the War of the Spanish Succession (1701-13), the regiment took part in an engagement near Nijmegen. In 1703, it participated in the Siege of Landau and in the Combat of Speyerbach; and in 1704, in the disastrous Battle of Blenheim. In 1705, it was posted in the Lines of Wissembourg. In 1706, the regiment was transferred to the Spanish Netherlands where it fought in the Battle of Ramillies. In 1707, it took part in an attack on the Lines of Stollhofen; in 1708, in the Battle of Oudenarde; and in 1709, in the Battle of Malplaquet. In 1710, the regiment evacuated the Spanish Netherlands and marched through France to Catalonia where it fought against the insurgents before taking part in the siege of Gerona. In 1711, it operated in the mountains of Aragon and Catalonia, taking part in the capture of the Castle of Arenys, Benasque and Castell-Ileó. In 1712 and 1713, the regiment continued to occupy the region of Rivagorza. In 1714, it pursued the insurgents in the mountains and completed the pacification of Catalonia.

In 1717, the regiment contributed 50 dragoons to the expedition sent to Sardinia. On February 10 1718, the regiment was renamed “Batavia,” replacing its green uniforms with new yellow uniforms. In 1718, the entire regiment was sent to Sicily, occupying Palermo and taking part in the siege of Messina and in the Battle of Milazzo. In 1719, it fought in the Battle of Francavilla; and in 1720, in the combat of Sferracaballo. In 1721, it returned to Spain.

In 1721, the regiment was quartered in Ampurdan.

In 1749, the regiment was still posted in Majorca when it was completed by soldiers from the disbanded “Fusilieros de Montaña”

In 1755, a detachment of 1 captain, 2 sergeants, 1 drummer and 17 dragoons embarked at Palma for Alicante.

The regiment spent the entire war on the island of Majorca. 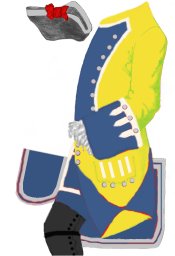 In 1718, the regiment received new guidons whose centre device consisted of an image of Santa Barbara leaning on a tower and surrounded by rays.