The regiment was initially created on January 17 1640 under the name of “Enghien Cavalerie” for Henri-Jules de Bourbon, son of the Great Condé. It was stricken off of the role of the French Army on January 20 1650 during the Fronde civil war. The regiment was re-established on February 16 1651 and stricken off a second time on September 13 1651. It was reintegrated into the French Army on November 7 1659, after serving for 8 years under the banner of the enemies of France. It was disbanded a third time on April 18 1661 to be re-established on December 7 1665 under the name of “Bourbon Cavalerie”. On December 14 1686, it became the property of Louis-Henri, Duc de Bourbon. It retained its name under Louis-Henri de Bourbon (September 15 1709); Charles, Comte de Charolais (March 21 1710); and his son Louis-Joseph-Henri, Duc de Bourbon (1760).

During the War of the Austrian Succession, the regiment initially served in Westphalia in 1741. It then took part in the invasion of Bohemia in 1742. In 1743, it served in Alsace. From 1745 to 1748, it served in the campaigns of Flanders.

When the French Cavalry was reorganised on December 1 1761, the regiment was increased to 4 squadrons, each of them consisting of 4 companies of 40 troopers, for a total of 640 troopers. The 2 additional squadrons came from Noë Cavalerie who was incorporated into Bourbon Cavalerie.

In 1756, at the outbreak of the war, the regiment was still stationed at Gray.

N.B.: the regiment was also known as “Bourbon Prince” to avoid confusion with Bourbon-Busset Cavalerie.

In 1757, the regiment joined the Army pf the Lower Rhine commanded by the Maréchal d'Estrées. At the end of June, it was at the camp of Bielefeld with d'Estrées's main corps. It was later transferred to the Army of Saxony led by the Prince de Soubise. On November 5, the regiment took part in the disastrous Battle of Rossbach where it was brigaded with Beauvilliers Cavalerie. This brigade was placed in the first line of the left wing. At the end of the year, the regiment took its winter-quarters in Straelen on the Lower Rhine, in the fourth line of the French army.

By May 23 1760, the regiment was part of the left reserve of the first line of Broglie's Army, placed under the command of Saint-Germain. On July 31, the regiment took part in the Battle of Warburg where it was deployed in the first line of the centre. Its brigade was the only one to withstand the initial charge of the British cavalry, even breaking the 1st King's Dragoon Guards. However, the French brigade in its turn was driven back by the Royal Horse Guards.

In 1761, the regiment was in Metz where it incorporated the 2 squadrons from Noë Cavalerie.

N.B.: Houchard the future victor of Hondschoote (1793) served in this regiment during the Seven Years War. In 1759, during an engagement near Sandershausen, he received 3 sabre wounds at the head. 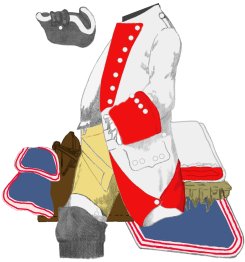 The trumpeters and kettle-drummers of the regiment wore the livery of the House of Bourbon: pale ochre with red distinctives 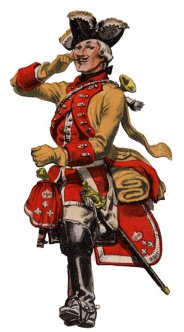 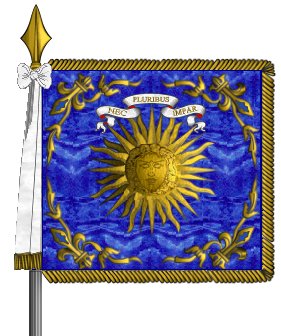