In 1746, the artillery of Brunswick counted 4 companies.

During the War of the Austrian Succession, one company was part of the contingent of Brunswick (4,800 men) subsidized by England.

The artillery was small and served only the battalion guns of the infantry. There was no heavy artillery with the Brunswick army during the Seven Years' War.

Fought as battalion guns along side the rest of the Brunswick infantry. 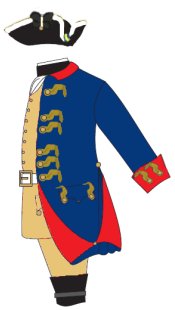 Uniform - Source: Ibrahim90 from a template by Hannoverdidi 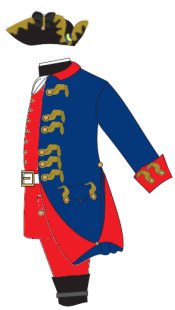 Officer Uniform - Source: Ibrahim90 from a template by Hannoverdidi

Officers wore uniforms similar to those of privates with the following distinctions:

NCOs wore uniforms similar to those of privates with the following distinctions: