The regiment was raised on March 12 1674 from companies disbanded in 1668 after the Treaty of Aix-la-Chapelle.

During the Seven Years' War, the Mestre de Camp of the regiment was:

When the French Cavalry was reorganised on December 1 1761, the regiment was disbanded and incorporated into Dauphin Cavalerie.

By August 1 1757, the regiment was with the French Army of the Weser in Germany. At the end of the year, it took its winter-quarters in Brilon in Westphalia, in the fourth line of the French army.

By the end of January 1760, the regiment had taken its winter-quarters in the fourth line of the French army between the Rhine and the Main on the left bank of the Rhine. By mid March, the regiment was billeted in Heddesheim, still in the fourth line. By May 23, it was part of the right reserve of the first line of Broglie's Army, placed under the command of Prince Xavier. By September 19, the regiment was attached to Prince Xavier's Corps, forming part of the first line of his right column. 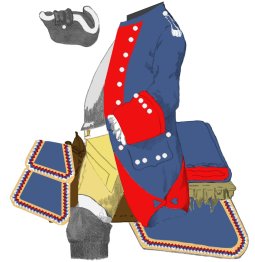 Throughout the war the French cavalry uniform seems to have evolved significantly. Our only source for the uniform at the start of the conflict is the Etat Général des Troupes Françoises of 1753. The first pictorial evidence comes from Raspe in 1761. Here we present various interpretations of the evolution of the uniform.

Lienhart and Humbert show the following differences for the uniform in 1757:

N.B.: the regiment lace differs from our illustration, it is made of an aurore braid ornamented red blue and white "lizards" 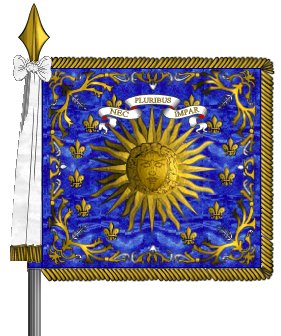