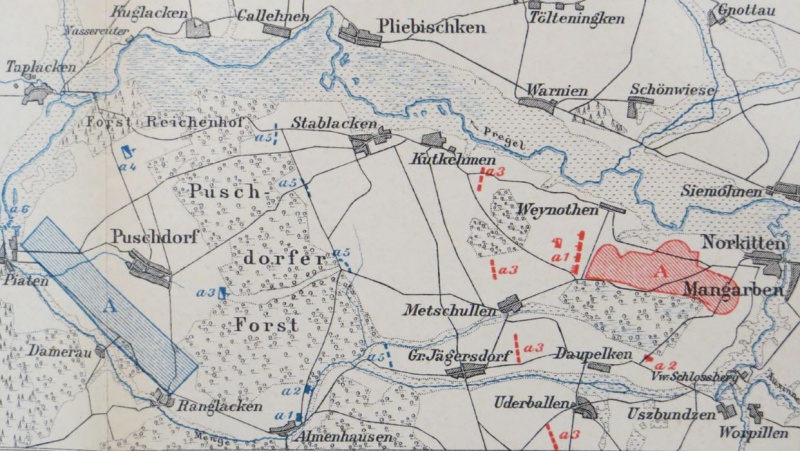 Map of the positions and outposts of both armies on the eve of the battle of Gross-Jägersdorf.

Red "A" = Russian camp at Norkitten from August 27 to the morning of August30
Red "a1" = Russian outposts occupied by Leontiev's Brigade, the 1st Artillery Brigade of the 1st Division and by hussars
Red "a2" = 2nd Moscowskiy Infantry
Red "a3" = Russian irregulars

This file contains additional information, probably added from the digital camera or scanner used to create or digitize it. If the file has been modified from its original state, some details may not fully reflect the modified file.
Retrieved from "http://kronoskaf.com/syw/index.php?title=File:1757_-_Russian_campaign_in_East_Prussia_-_Situation_end_of_August.jpg&oldid=8312"