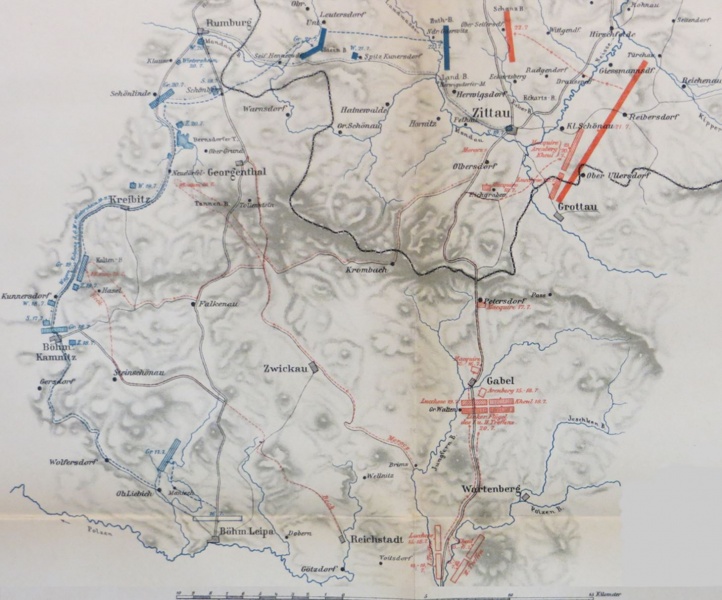 Detail of a map illustrating movements around Zittau in the second half of July 1757.

Note that the location of the various corps throught the period is illustrated with the following convention:

This file contains additional information, probably added from the digital camera or scanner used to create or digitize it. If the file has been modified from its original state, some details may not fully reflect the modified file.
Retrieved from "http://kronoskaf.com/syw/index.php?title=File:1757_Manoeuvres_around_Zittau_July.jpg&oldid=8797"