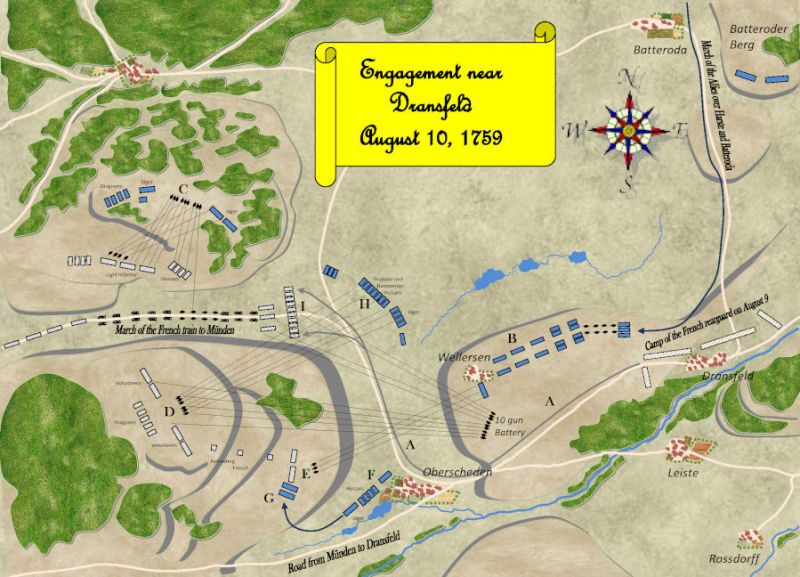 On August 10, the Hereditary Prince of Brunswick attacked the rearguard of the French army, which was retreating through the defiles near Oberscheden between Dransfeld and Münden. The Hereditary Prince marched by way of Harste and Batteroda, and reached the Batteroder Berg.
A French army retiring.
B Advance of the Hereditary Prince from the Batteroder Berg.
C Hill occupied since the previous evening by French light troops and hussars with a battery of 10 cannon. It was attacked by Allied jägers and dragoons.
D Hill occupied by French dragoons and volunteers with a battery of 6 cannon.
E Hill occupied by French troops with a battery of 3 cannon.
F Hanoverian hussars and jägers.
G Attack of the Hanoverian hussars and jägers, who captured the battery of 3 cannon.
H Allied jägers with Hanoverian and Prussian hussars, who attacked the French rearguard.
I Saint-Germain's rearguard.