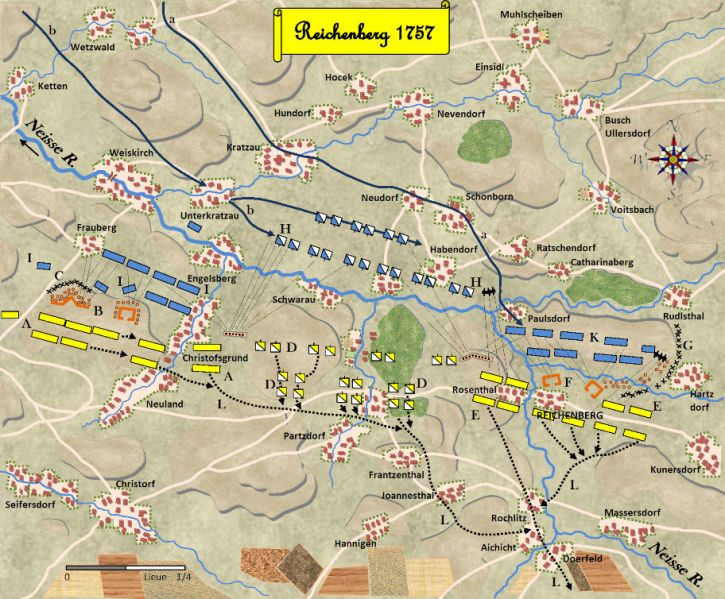 a Column of General Lestwitz.
b Column of the Duke of Bevern.
A Austrian infantry defending the space between the villages of Christofsgrund and Frauberg.
B Entrenchment and redoubt with wolfpits.
C Abatis in front of the entrenchment.
D Austrian cavalry in the centre.
E Austrian infantry defending Reichenberg.
F Redoubts.
G Abatis and wolfpits.
H Prussian Dragoons attacking the Austrian Cavalry and putting it to flight.
I Prussian infantry of the right, including many grenadier battalions, forcingthe Austrians to retreat from their entrenchments B.
K Prussian infantry of the left compelling the Austrians to abandon their redoubts F, an event that put an end to the combat and let the Prussians masters of the field.
L Austrian retreat by way of various roads through Doerfeld and Liebenau.