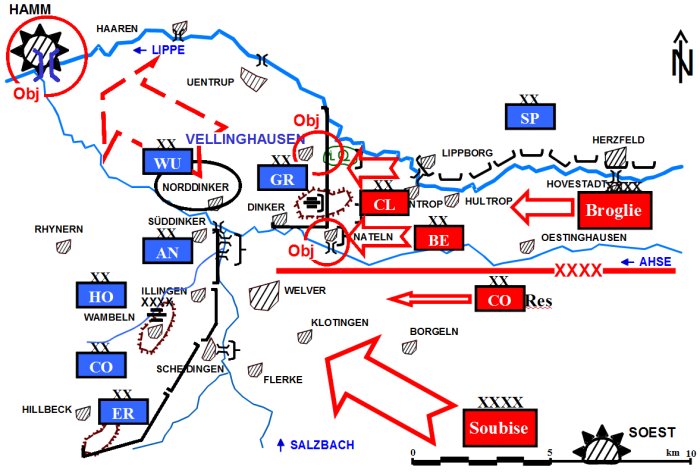 Sketch of the battle of Vellinghausen illustrating the positions and movements of the various corps.