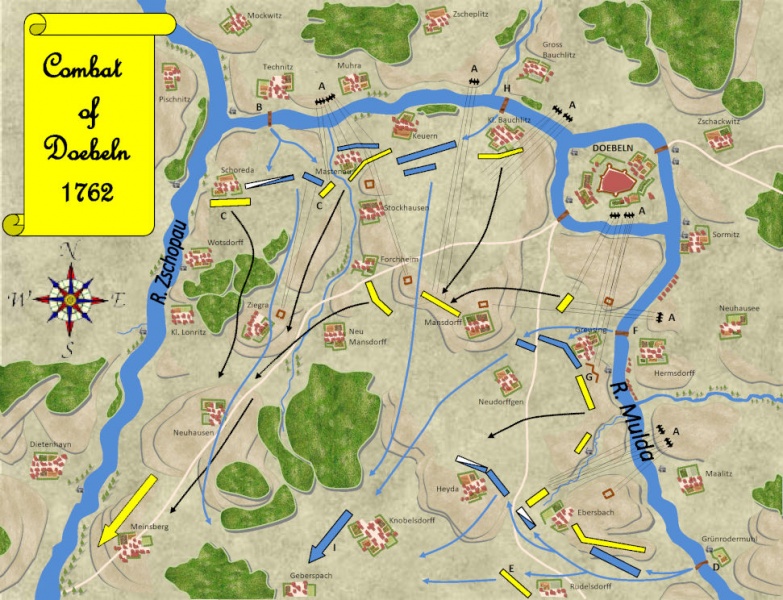 After the Prussians decided to force the crossing of the Mulde, the batteries A were deployed unnoticed to assist the crossing.
At B General Seydlitz passed the ford and compelled the troops found at C to retreat.
At D Colonel Kleist passed the Mulde at the same time and came with his troops behind the enemies and made many prisoners at E.
At F the General Alt-Stutterheim passed and destroyed the redoubts at G
At H General Kanitz crossed a hastily built bridge.