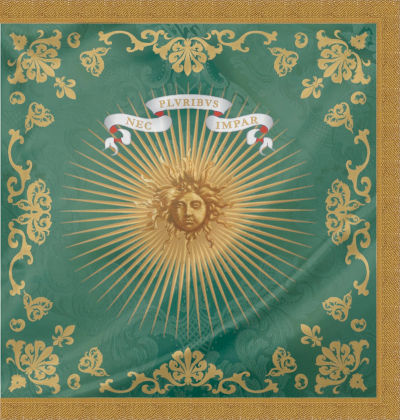 Standard of the 1ère Compagnie Française of the French Gardes du Corps.

Plate created and contributed by PMPdeL.

N.B.: since there was also a 1ère Compagnie Écossaise which was the senior company of the Gardes du Corps, some authors designate the 1ère Compagnie Française simply as the 2ème Compagnie (overall ranking).