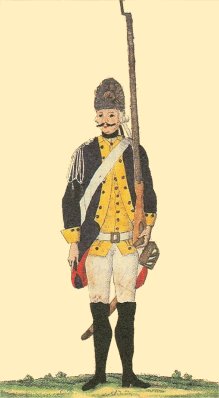 Detail of an image of a trooper of the Kreisinfanterieregiment Württemberg.