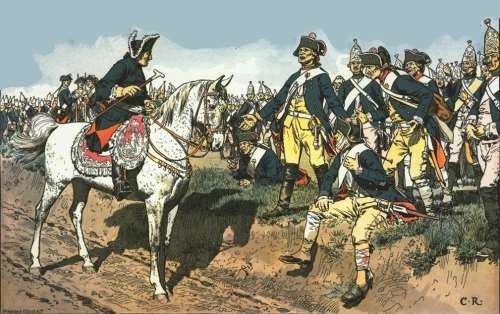 Frederick II discussing with his artillerymen the morning after the Battle of Hochkirch (October 15, 1758):

Gunners where are your cannon? The devil has taken them during the night! Then, let's get them back during the day! Don't you think so grenadiers?

This file contains additional information, probably added from the digital camera or scanner used to create or digitize it. If the file has been modified from its original state, some details may not fully reflect the modified file.
Retrieved from "http://kronoskaf.com/syw/index.php?title=File:Morning_after_Hochkirch.jpg&oldid=6034"