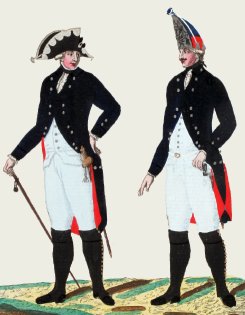 Detail of an illustration of an officer and a private from Garrison Regiment I in 1789 (unchanged since the Seven Years' War.