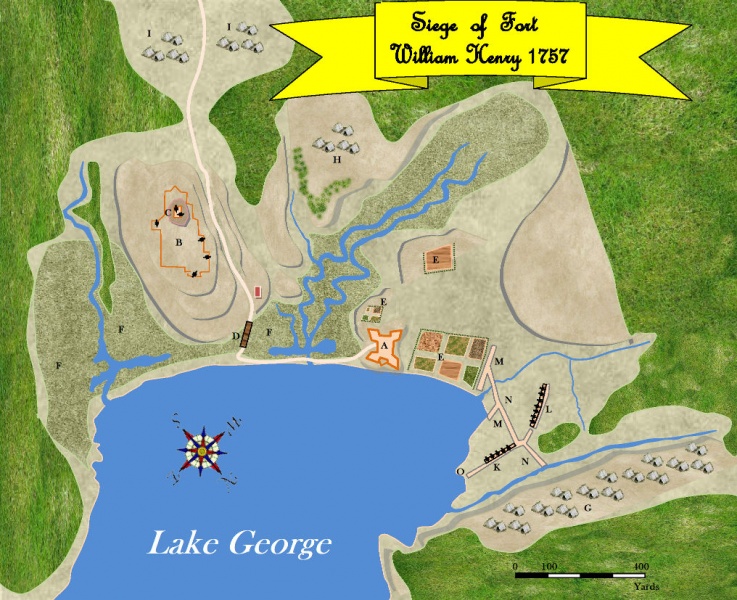 Map of the battle of Fort William Henry.

A Fort William Henry
B British entrenched Camp
C An eminence in the Camp with a Battery of 2 cannon
D Bridge over a morass
E Gardens belonging to the Garrison
F Morasses
G General Montcalm’s Camp with the biggest part of the Army
H Monsieur de Lévis’ Camp
I The Chevalier de la Corne’s Camp being the advance post of 1,500 Canadiens and Native Americans
K 1st French Battery (9 cannon and 2 mortars)
L 2nd French Battery (10 cannon and 2 mortars)
M Two planned batteries not quite finished: one for mortars and the other for red-hot shots
N The Approaches of the French
O Place where the French landed their cannon