During the War of the Spanish Succession, in 1703, the regiment took part in the battle of Nördlingen then, from April 24 to May 15, it was at the siege of Bonn, ans in December at the siege of Geldern. On August 13 1704, it fought in the battle of Blenheim where it suffered heavy losses and lost 3 standards. In 1713, the regiment lost its title of Leib-Regiment. In 1715, it served in Pomerania.

In 1718, the regiment was increased to 5 squadrons and was transformed into a cuirassier regiment.

From 1748 to 1796, the districts of Neustadt and Oberglogau in Upper-Silesia were the inspectorate of the regiment and its garrison places Neustadt, Zülz, Krappitz and Oberglogau.

By 1806, the regiment was known as the von Wagenfeld Cuirassiers. That year it served in the reserve corps in East Prussia. It became the new 1st Kürassiers and took in a squadron of the Prittwitz Dragoons as its 6th Squadron.

In 1756, the regiment was part of the Army of Silesia under FieldMmarshal Schwerin. During this campaign, this army conducted operations in Eastern Bohemia.

In March 1758, the regiment took part in the invasion of Moravia and, from May to July, was at the siege of Olmütz, fighting in the Combat of Domstadl on June 30. On October 10, it took part in the Battle of Hochkirch where it was initially deployed in the second line of the left wing under Seydlitz. On November 1, the regiment was part of the force who relieved Neisse. On November 16, it advanced on Dresden.

At the beginning of 1759, the regiment was at Schmottseifen. It then joined Fouqué's Corps and, on April 17, took part in the combat of Troppau. On September 2, the regiment, as part of Zieten's Corps, fought in the Combat of Sorau. On September 25, it fought in the combat of Hoyerswerda where it captured General Wehla, 28 officers and more than 1,785 men.

On February 20 1760, the regiment was ambushed at Koßdorf near Torgau, but rallied and drove the enemy off, losing 4 officers and 67 men in this action and inflicting a loss of about 120 men to the enemy. It then took part in the combat of Bublitz. On November 3, it fought in the Battle of Torgau.

On May 12 1762, the regiment took part in the Combat of Doebeln. On May 21, it was at the combat of Chemnitz where it suffered heavy losses (10 officers, 317 men and 250 horses). On October 29, it fought in the Battle of Freiberg where it took 10 guns, 4 howitzers and 8 colours. Seven officers of the regiment received the Pour-le-Merite decoration for this action

Troopers were armed with a heavy straight-bladed sword, a pair of pistols and a musket. They wore a blackened breastplate edged black and fastened by white straps edged red. The musket strap was white edged with the regimental lace. 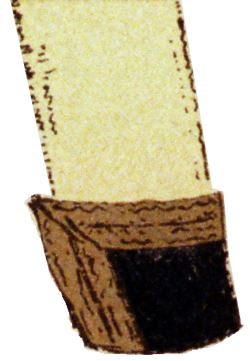 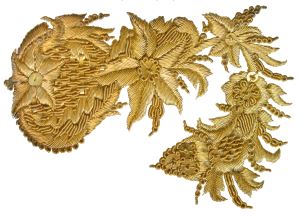 Officers wore the same uniform as the privates with the following exceptions: 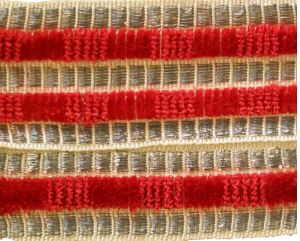 The old pattern square standards were made of damask. The cords and tassels were silver and black. The pole of the standard was a red tournament lance reinforced with iron hinges and gold finial.