This company was created in 1647 under the name of Gendarmes d'Anjou for Monsieur Louis XIV's sole brother. In 1660, the company was renamed Gendarmes d'Orléans. It was incorporated into the 'Gendarmerie de France on April 11 1677.

During the Seven Years' War, the company was under the nominal command of the Duc d'Orléans while a captain-lieutenant assumed effective command: 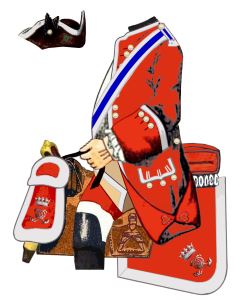 The saddle cloth and housings were red laced silver. The pennants of the trumpets were red decorated and fringed in gold. 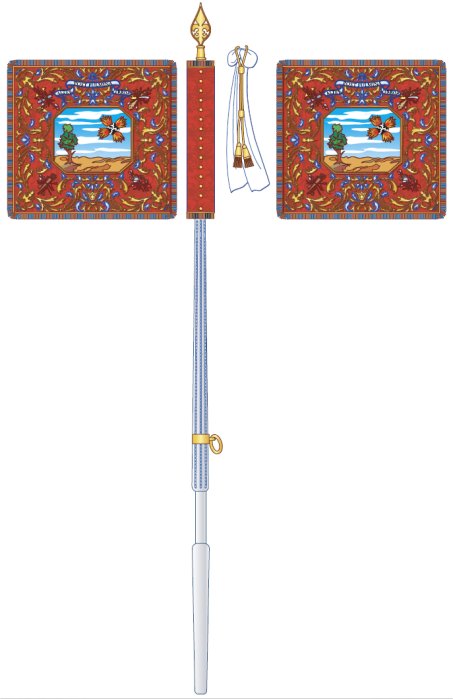 The silken standard (exceptionally called guidons in the Gendarmerie de France) had a red field heavily decorated with silver and gold embroideries, fringed in gold and silver; centre device consisting of a scene depicting a bomb exploding in the air over a tall tree with the motto “ALTER POST FULMINA TERROR”. As for all company standards of the Gendarmerie de France, the obverse and reverse were identical.

The standard was carried on a blue tournament lance by a trooper designated as porte-étendards (even though the standards of the Gendarmerie de France were called guidons).