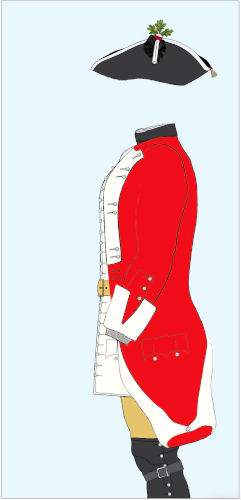 The drum pattern had hoops red and white alternating diagonal stripes, white drum cords over a brass drum with the Arms of Hanover in the centre.

Colonel flag was white with King George cipher "GR" in the centre surmounted by a crown and with the battalion number below the cipher.

Regimental flag was red with the white horse of Hanover in the centre surmounted by a scroll wearing the motto "NEC ASPERA TERRENT" and with the battalion number below the horse.