The unit was raised in 1683 in East Prussia for Prince Alexander of Courland. In 1685, it became a full strength regiment.

During the War of the Spanish Succession, part of the regiment was in the Netherlands service.

In 1716, the regiment was transferred to Westphalia where it garrisoned Bielefeld and Herford. It recruited mainly in the County of Ravensberg and in the towns of Bielefeld, Herford and Vlotho.

The numbering system (Stammliste) was first used by Leopold I., Fürst von Anhalt-Dessau (Der alte Dessauer) in the Dessauer Spezifikation from 1737. Around 1780 the numbers were used in the printed Stammlisten, still with some variations for the fusilier regiments. It became official by "Cabinets-Ordre" from October 1, 1806. The present infantry regiment was attributed number 10.

The regiment was disbanded in 1806 after the capitulations of Erfurt and Hameln.

On August 26 1756, when the Prussian army was ordered to proceed to the Prussian invasion of Saxony, the regiment was part of Ferdinand of Brunswick's column which had concentrated at Halle and advanced unopposed through Leipzig, Chemnitz, Freyberg and Dippoldiswalde, to the village of Cotta (reached on September 9) south of the Elbe near Pirna. September 6, it encamped at Rothschönberg and finally reached Wilsdruf. In October, after the capitulation of the Saxon Army at Pirna, the regiment accompanied Frederick II back to Lobositz to bring Keith's Army back to Dresden. On October 22, it was part of the 10 battalions of Frederick's force who left Lobositz for Linai.

In April 1758, the regiment took part in the siege and recapture of Schweidnitz before following the main army in the invasion of Moravia and Siege of Olmütz. On October 14, the regiment fought in the Battle of Hochkirch where it formed part of Retzow's Corps near Weissenberg. The regiment occupied the village of Krischau.

By 31 May 1760, the second battalion was at Töpiwoda-Heinrichau. On June 23, the first battalion was captured in the second battle of Landeshut. With the loss of this battalion and with Westphalia partially occupied by the French, it took till 1762 before the regiment could be fully operational again.

On July 21 1762, the regiment redeemed itself at the Battle of Burkersdorf by storming the Austrian works and winning three Pour-le-merite. From August to September, it took part in the last Siege of Schweidnitz. 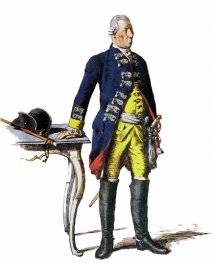 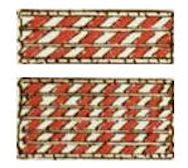