The regiment was raised on July 4 1643, after the death of Louis XIII, under the name of “Reine Mère” by the Regent Anne d'Autriche. Its 12 original companies came from Maugiron, Fruges, Saillant, Bailleul, Saint-Hérem, Lenoncourt, Vancellas, Baradat, Maugiron fils, Saint-Martin, Polignac, and Boury.

When the French Cavalry was reorganised on December 1 1761, the regiment was increased to 4 squadrons. The 2 additional squadrons came from Saint-Aldegonde Cavalerie who was incorporated into La Reine Cavalerie.

In 1757, the regiment was initially stationed at Limoges. By August 1, it had joined the French army in Germany. On November 5, it was at the Battle of Rossbach where it was brigaded with the Bourbon-Busset Cavalerie and Fitz-James Cavalerie. This brigade was placed in the first line of the left wing. At the end of the year, the regiment took its winter-quarters in Kempen on the Lower Rhine, in the fourth line of the French army. 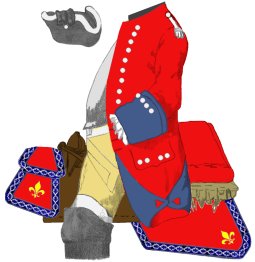 Trumpets and kettle-drummers wore a black tricorne laced silver, and a red coat heavily laced with braids at the queen's livery (blue braids decorated with interlaced white cords of a pattern similar to that of the king's Livery). 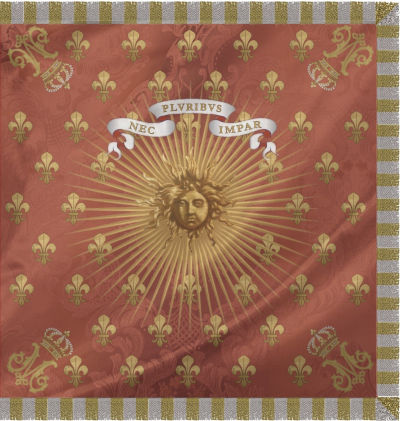