During the Seven Years' War, the regiment was owned by the Duke of Württemberg.

The regiment did not take part to the war. 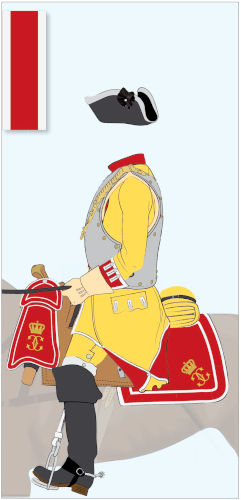 Troopers were armed with a sword, a musket and a cuirass.

No detail about the standard has been found in our sources. According to the Militaerplan of 1758, the regiment had no cornet but had 1 Fahnenschmied.

During 19th century, we know that some Württemberger "Leib" cavalry regiments had standards in the model of a vexillum.