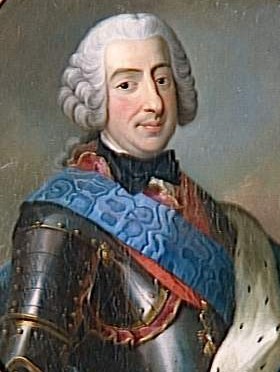 Painting of Francesco Maria III, Duke of Modena from 1737 to 1780 - Source: Wikimedia Commons

In 1740, on the eve of the War of the Austrian Succession, the Duke Francesco III of Este politically sided with Spain and received a strong subsidy in order to strengthen his army. On June 22 of the same year, thanks to the Spanish subsidy, four militia regiments (Reggio, Modena, Mirandola and Frignano) were raised on a basis of 20 companies, each of 150 men (aged between 18 and 45). Each squad of the militia was reviewed every fifteen days. Every company was reviewed every month by its captain. The major reviewed the battalion in winter and during spring the regiment was reviewed by the commissar. The general inspector of the infantry reviewed the regiment in autumn. The review lasted three days. The last day of review was dedicated to the exercise. It is worth noting that the weapons and uniforms were normally secured in the depot to avoid an “improper” use and were distributed to the militiamen only when needed.

The General Plan, or Piano generale del Militare estense of 1741 required a staff for the duchy and a staff for the places, a secretary, a treasure, a commissariat and a tribunal for an Army of 2,500 regular infantrymen and 3,100 militiamen. In details these troops consisted of:

N.B.: the 2 cuirassier squadrons and 2 dragoon squadrons seem to have been combined into a single cavalry regiments.

In 1741, a fifth militia regiment was raised: Garfagnana Infantry.

In 1742, the Swiss Guards were disbanded but a second Swiss regiment was recruited in 1742 (Iacaud, then Bavois) hoping to resist the Austro-Piedmontese occupation. It is doubtful that this regiment was ever formed. The same year, the Duke was confident to receive assistance from the Duke of Montemar, in command of the Spanish-Neapolitan Army. However, this help never materialized because the Spanish Army was in bad condition. The Duke fled to Venice and then reached Montemar accompanied only by his Guardia del Corpo. The Modenese Army, under General Negri, with no help defended the citadels of Modena and Mirandola but was finally forced to surrender after sieges. After the siege of Mirandola, the cuirassier squadrons were captured and disbanded.

Quite a large numbers of loyal followers subsequently fled and joined the Duke in the Mark, now the nominal commander of the Spanish Army. A new Regiment of Horse guard was raised (with the concurrence of 100 Hungarian hussars, deserters from the Austrian Army).

In 1747 the dragoon regiment (a military police force) was re-raised like the artillery corps and two infantry regiments: a guard regiment in Modena and a Swiss regiment of 585 men (under Colonel Mottet o Mondre) in Reggio. Then, the five National Infantry Regiments were called to arms. Recruitment was on a voluntary basis and the militia regiments became permanent units.

In 1748, after the Peace of Aix-la-Chapelle, the Duchy of Modena was restored. The Duke, expelled by the Austria forces, was authorised to recover his dominion.

In 1751, some of the Modenese units were deployed as follows:

In 1753, to secure the relationship with Austria, the Gran Chamberlain of Milan Count Beltrame Cristiani signed with Francesco Maria III an Austro-Modenese treaty. In compensation of his renouncement to rule on Arad (a small feud in Hungary), Francesco Maria of Este was appointed governor of the Duchy of Milan by Maria Theresa, a charge that he assumed from 1754 to 1771. This treaty prescribed the use of Modenese troops in the Austrian territory of Lombardy, in case of war.

When in 1756 the war with Prussia broke out, the Austrian Army was mobilized and the troops on garrison in Lombardy were transferred. They were replaced by the Army of the Duke of Modena. It then became necessary to draft a levy to bring the National Regiments on a war establishment.

N.B.: Austrian sources mention the following regiments which had entered into the Austrian service:

The reconciliation between the names of these units and the official names used in the Modenese army is not yet done.

In 1758 the Dragoons Regiment along with Frignano Infantry were transferred to the territory of Milan.

From 1761, the National Regiments were called after the name of their colonels.

In 1763 the general staff of the army consisted of a Major-general, Inspector of the infantry, General Marquis of Covarruvias and a brigadier, a secretary (the Marquis Fontanelli), 2 general commissaries (for the artillery Giambattista Giardini) and (for intendance Giambattista Marchisio) and a General commissar for depot (Albinelli).

The Army consisted of 7 battalion and 5 squadrons:

In 1764 the military expenses were reduced and at the end of the year the infantry regiments and the artillery companies were disbanded. Only the Guardie a piedi and the Dragoons were retained.

Luc Antonelli for gathering initial information about this army

Dr. Marco Pagan for additional information and texts on the Modenese army