Difference between revisions of "Posseska Infantry"

This permanent "Varvade" regiment was raised in 1743 at Stralsund where it assumed garrison duties. It consisted of 1,200 privates (mostly Germans) in 2 battalions of 4 companies. Each company had 150 privates and 11 officers, NCOs and musicians.

In 1754, a few companies were stationed at Malmö.

The regiment was disbanded in 1766 and its troops amalgamated to the Blixenska regiment.

Until 1757, 4 companies of the regiment garrisoned Stralsund in Swedish Pomerania while 600 men were stationed at Malmö and Helsingborg. 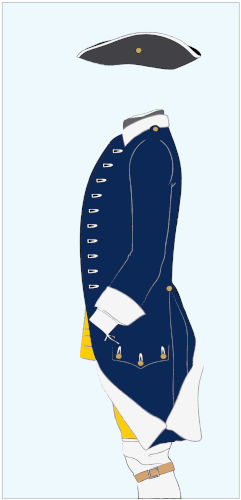