In January 2015, Kronoskaf had posted a survey to get your opinion on which period of warfare should be the target of our next project.

We promised to come back to you around mid-April. So here are the results of this survey. Before getting in the detailed results, we are pleased to announce that:

We want to thank all those who have answered this survey. Now, let's look at your answers... 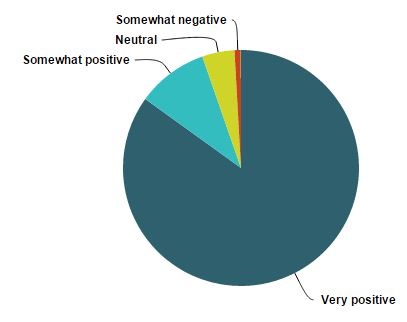 Question: “What’s your first reaction to the idea of adding a wiki on a new period of military history to Kronoskaf?” 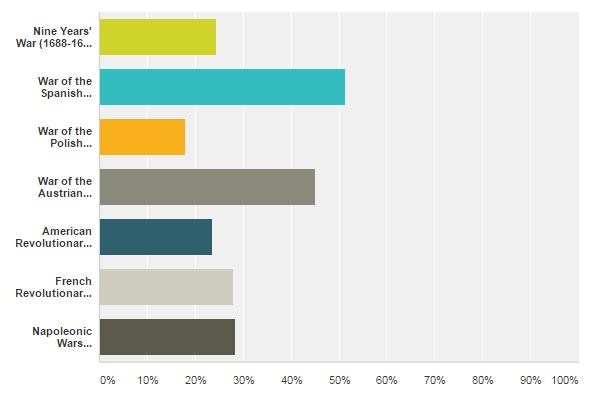 Question: “Which period(s) of military history would you like to see covered? (please choose no more than three periods)”

Your suggestions for improvement

Question “In your own words, what are the things that you would most like to see improved in this new wiki compared to Kronoskaf - Project Seven Years War?”

How much you are ready to pay for the subscription 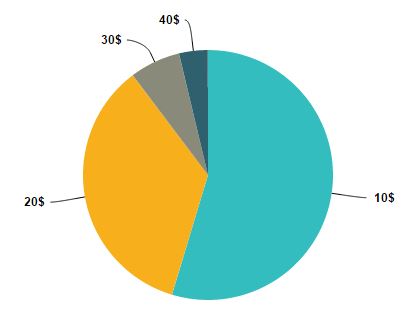 Price for an annual subscription

Question: “During the first years, while your chosen wiki would get populated, how much would you expect to pay annually to get access to it?”

N.B.: those of you (37%) who are not ready to pay to get access to our new wiki on the War of the Spanish Succession are excluded from this chart.