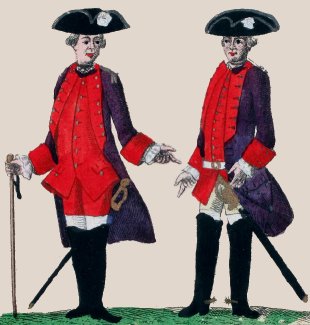 Royal-Étranger Cavalerie after the reorganisation of 1761 - Source: Raspe 1762 from User:Zahn's collection

The regiment was raised on February 26 1659, after the Treaty of the Pyrenees, from the remnants of various foreign regiments raised between 1635 and 1637. The kernel of the regiment consisted of the former “Roye Cavalerie”. After its creation, the regiment always recruited in France contrarily to what its name of “Royal Étranger” suggests.

When the French Cavalry was reorganised on December 1 1761, the regiment was increased to 4 squadrons, each of them consisting of 4 companies of 40 troopers, for a total of 640 troopers. The 2 additional squadrons came from Charost Cavalerie who was incorporated into Royal Étranger Cavalerie.

By the end of 1757, the regiment had joined the French forces in Germany where it took its winter-quarters in Krefeld on the Lower Rhine, in the fourth line of the French army.

From March 30 to April 4 1758, after the retreat of the French army towards the Rhine during the Allied winter offensive in West Germany, the regiment was with Clermont's Army in the camp of Wesel on the Lower Rhine, in the second line of the right wing. In April, when Clermont redeployed his army along the Rhine, the regiment was stationed between Neuss and Krefeld. After the successful crossing of the Rhine by the Army of Ferdinand of Brunswick on May 31, the regiment retired towards Rheinberg where it joined Clermont's Army on June 2. It remained in this camp until June 12, being placed on the right wing of the second line. On June 23, the regiment took part in the Battle of Krefeld where it was placed on the left wing of the second line, under de Muy. In Mid August, after Ferdinand's retreat to the east bank of the Rhine, the regiment, as part of the Army of the Lower Rhine now under Contades, recrossed the Rhine to follow the Allied army. On August 20, it was encamped near Wesel where it was placed on the left wing of the second line. At the end of September, the regiment was part of FitzJames' corps sent as reinforcements to Soubise. On October 10, it was present at the Battle of Lutterberg where it was part of the Reserve of cavalry. 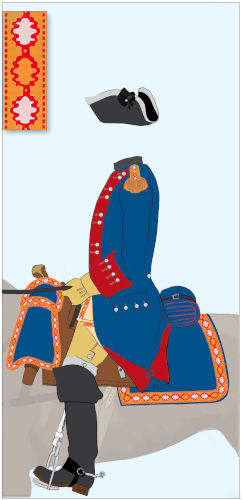 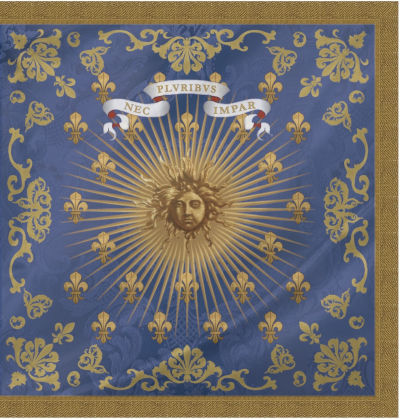