A very prolific week with the usual updates to several articles and a major overhaul of our articles on the 1757 campaign in Bohemia and on the combat of Reichenberg based on the second volume of the Neues Generalstabswerk. In the next weeks we will also enhance our article on the Battle of Prague based on this same source. 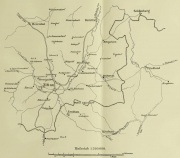