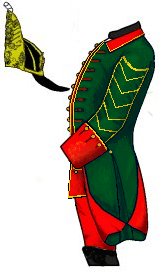 Observation Corps Fifer Uniform in 1757 with black dragoon boots - Source: rf-figuren from a Not By Appointment template 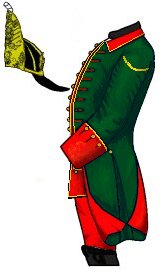 Observation Corps Drummer Uniform in 1757 with black dragoon boots - Source: rf-figuren from a Not By Appointment template