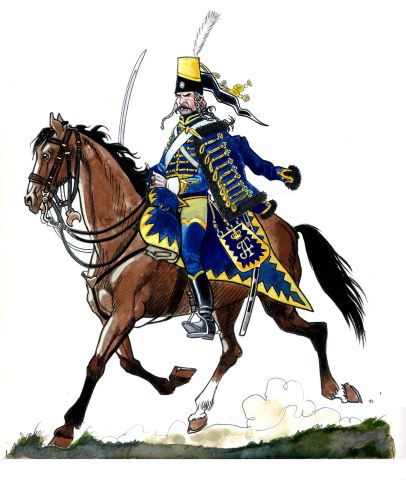 On December 19 1757, Baron Ungern-Sternberg mandated Count Fredrik Ulrik Putbus of Posseska Infantry and von Platen from Drottningens Livregemente to raise, by the end of April 1758, 2 hussar squadrons counting 100 men each.

On June 20 1758, Baron Wrangel raised a hussar regiment of 10 squadrons of 100 men each, known as the "Blue Hussars". The squadrons raised earlier by count Putbus and von Platen were incorporated into this new regiment. Recruitment took place in Danzig and Lübeck, and partially in Sweden. The regiment was organised along the Prussian model and the language of command was German. 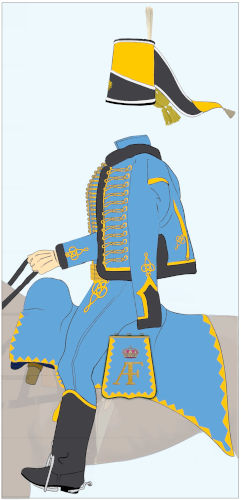