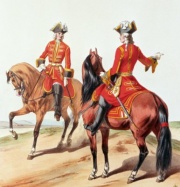 This company was raised by Henri IV in 1570 when he was king of Navarre. From 1589, the company was known as the Chevau-légers du Roi. On December 15 1593 at Tours, the company (100 men) was incorporated into the Garde.

The company had its quarters at Versailles.

During the reign of Louis XV, this company formed a squadron of 200 chevau-légers divided up into 4 brigades. Including its staff, the company consisted of:

During the War of the Austrian Succession, the company took part to the battle of Dettingen (June 27, 1743) where it was virtually annihilated. 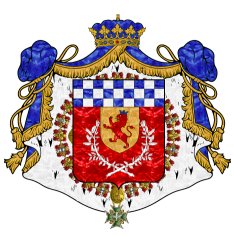 The company was disbanded on September 30 1787.

At war Louis XV wore the uniform of this company. 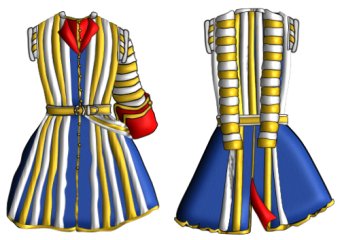 The musicians were mounted on bay horses. 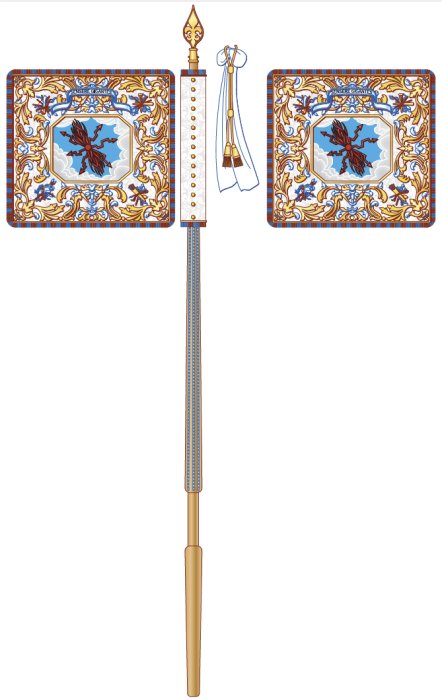 The silken standards had a white field. Both sides had silver and gold embroideries, bearing in their centre an octagonal frame containing a scene depicting thunderbolts falling from the sky with the motto “Sensere gigantes”. Standards were fringed in gold and silver.

Along with those of the Gendarmes de la Garde, the standards of the Chevau-légers de la Garde were deposited each night in the King's room.