The regiment was raised on September 24, 1673 by the Marquis de Sauveboeuf. After his death at the combat of Consaarbruck, in August 1675, King Louis XIV gave the regiment to Monseigneur Louis, Dauphin de France.

In 1756, the regiment counted 4 squadrons and ranked 6th.

During the Seven Years' War, the regiment was under the nominal command of the Dauphin de France.

In 1756, the regiment was assigned to the guard of the coasts of Guyenne.

By August 1, 1757, the regiment was garrisoning Blanquefort in the Bordeaux Country.

In 1761, the regiment joined the French army operating in Germany. At the beginning of June, it was attached to the Army of the Lower Rhine. In mid-July, at the time of the Battle of Vellinghausen, it formed part of the corps of the Prince de Condé.

In March 1762, the regiment was attached to the Army of the Upper Rhine. On June 24, it was present at the Battle of Wilhelmsthal, where it formed part of the right vanguard under the command of M. de Castries. By July 12, it was at the camp of Helsa in Guerchy’s Corps and took part in the engagement of Hohenkirchen. On August 19, it formed part of Poyanne’s column. On November 20, when Louis XV issued his instructions regarding the French armies serving in Germany, specifying which units should return to France right away and which should stay in Germany until the final evacuation, the regiment was among those chosen to remain in Germany. 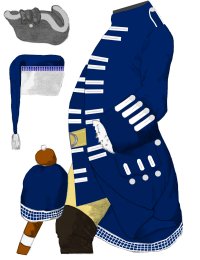 Since this unit belonged to the Dauphin de France, drummers wore a blue coat heavily laced with an aurure (light orange) braid. 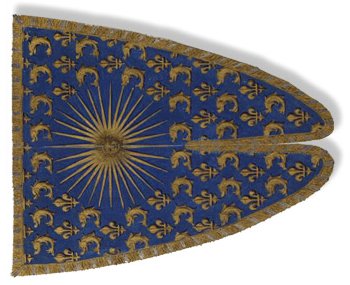 This article is mostly a translation Jean-Louis Vial's article “Dauphin Dragons” published on his website Nec Pluribus Impar. The article also incorporates texts from the following books which are now in the public domain: