This gentleman's regiment was raised on July 1 1671.

The regiment took part inthe War of the Polish Succession.

During the War of the Austrian Succession, the regiment served in Flanders from 1741 to 1748.

When the French cavalry was reorganised on December 1 1761, the regiment became a royal regiment under the name of Royal-Lorraine Cavalerie. It was increased to 4 sqns by the incorporation of the 2 sqns of Toustain Cavalerie. Effective incorporation only took place on April 14 1763 at Montreuil-sur-Mer when the regiments returned to France at the end of the Seven Years' War.

In 1757, the regiment was initially stationed at Montauban.

By August 1 1757, the regiment was garrisoning Sainte-Foy in the Bordeaux country.

By July 1758, the regiment had joined the Army of the Prince de Soubise assembling near Friedberg in Hesse.

In 1761, the regiment took part to the action of Westhofen. 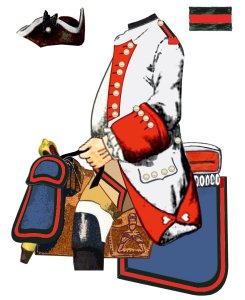 N.B.: this was the only French cavalry regiment whose standards carried white streamers. 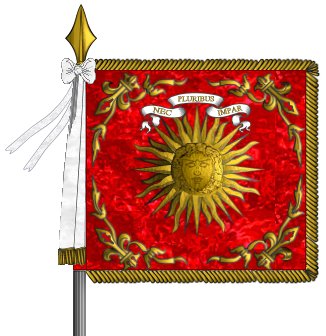