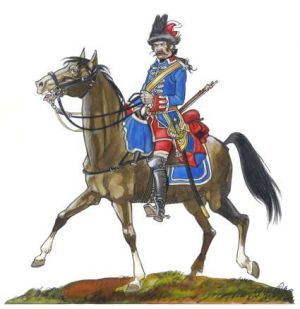 This company was raised by Louis XIV in December 1676, at the end of the campaigning season, and was destined to fight mounted or dismounted at the head of the troops of the Maison du Roi. In 1677, the company fought gloriously at Valenciennes, Cambrai and Charleroi.

During the War of the Spanish Succession, the company took part in the campaigns from 1702 to 1706 and fought at the Battle of Ramillies (1706). It took also part in the battles of Oudenarde in 1708 and Malplaquet in 1709.

During the War of the Austrian Succession, the company took part in the Battle of Fontenoy in 1745.

On the eve of the Seven Years' War, the company (formed as a squadron) consisted of: 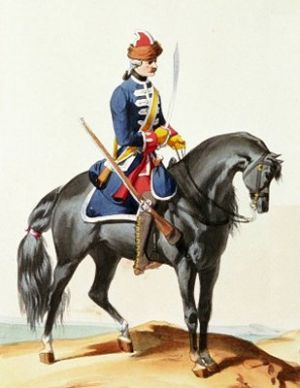 By August 1 1757, the company was stationed at Troyes. The unit did not take part in the early campaigns of the Seven Years' War.

The regulation of 1759 brought the company to a strength of 150 troopers chosen among the best Grenadiers de France. Grenadiers were reviewed personally by the king before being recruited into this elite company.

In 1761, the company took the field with the Army of the Prince de Soubise. On July 16, it was present at the Battle of Vellinghausen but was not engaged. In November, an Allied detachment under the command of Scheiter surprised a whole troop of the unit near Lünen and carried them off with their arms.

In 1762, the company formed part of Condé's Army of the Lower Rhine. On August 30, it was present at the Combat of Nauheim but was not engaged. At the end of December, when the French evacuated Western Germany, the unit was directed on Valenciennes. 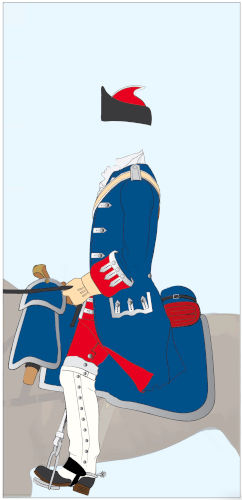 Troopers were armed with a sword, a pistol and a rifle. They also carried a sapper's tool. 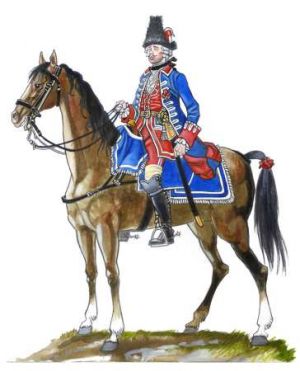 Sergeants wore the same uniform as the troopers with the following differences:

Theoretically, like for all units belonging to the Maison du Roi, the horses of the officers had to be grey. However, old plates showing the first uniform around 1720 and a captain around 1740 illustrate a brown and a pummelled horses. A modern illustration by Dague Mac Carty also depicts a brown horse. Maybe that grenadiers, descending from dragoons, were not mounted like the rest of the Maison du Roi. 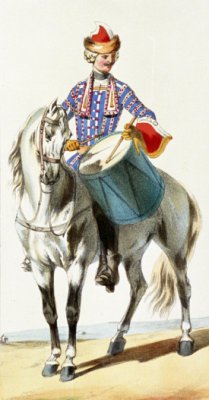 The musicians of the Grenadiers à cheval used to wear the Royal Livery as illustrated in the accompanying illustration depicting a drummer in 1724. However, a few years before the Seven Years' War, the livery of the musicians of this unit was changed: they adopted a yellow coat heavily decorated with plain silver braids. This new livery is clearly depicted in a painting by Pierre Lenfant kept at the Château de Versailles.

The standards had a white field heavily embroidered in silver and gold, bearing in its centre an octagonal frame containing a scene depicting an exploding grenade with the motto “Undique terror, undique lethum”. 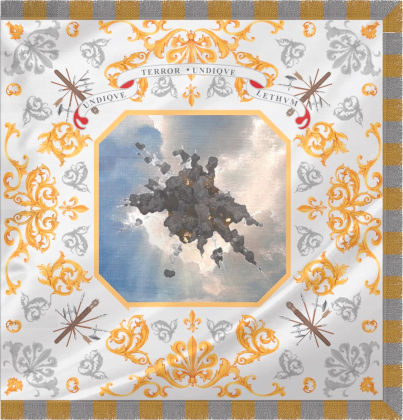 Konrad Byś and Michel Hanotaux for the information on the new livery of the musicians.