During the War of the Polish Succession, in 1733, the regiment initially served in Bretagne. Then, in 1734 and 1735, it operated on the Rhine.

During the War of the Austrian Succession, the regiment initially took part in the invasion of Bohemia in 1741. In 1743, it operated in Lorraine. From 1744, it took part in various campaigns in Flanders, fighting at Fontenoy on May 11 1745; at the capture of Bruxelles in 1746; at the siege of Berg-op-zoom in 1747; and at the siege of Maastricht in 1748.

During the Seven Years' War, the regiment was under the nominal command of King Louis XV.

In 1756, at the outbreak of the Seven Years' War, the regiment was stationed on the coasts of Flanders and Artois where it remained until 1760.

By August 1, 1757, the regiment was garrisoning Saintes in the Aunis Country. In September, during the British raid on Rochefort, it was posted in the city. On September 23, the vanguard of the British fleet came in sight of the little Island of Aix at the mouth of the river leading up to Rochefort. Vessels were sent to reconnoitre, and to sound for a suitable place of disembarkation on the mainland. The French now feared of a landing on the Coast of Fouras and, at 7:00 p.m., transferred Royal Dragons from Rochefort to Fouras.

In 1760, the regiment joined the French army in Germany. By May 23, the regiment was part of a detachment under the command of MM. d'Amezaga, Duc de Fronsac. On June 15, the regiment was at Ratingen and Mettmann. On July 31, it took part in the Battle of Warburg where it was deployed as the leftmost unit of the first line of the cavalry centre. On August 22, the Hereditary Prince of Brunswick crossed the Diemel with 12,000 men and advanced against Broglie's left flank, his vanguard reaching Zierenberg. His light troops engaged a French detachment (Royal Dragons, Thianges Dragons and part of the Chasseurs de Fischer) under M. de Travers, which had been left at Oberelsungen to observe the movements of the Allies. Allied light troops were soon supported by the Hereditary Prince at the head of the 2nd North British Dragoons (Scot Greys) and the 6th Inniskilling Dragoons and the British grenadiers. The French were finally driven back with considerable loss and took refuge in Zierenberg. On October 1, Broglie sent M. de Chabo towards Hachenburg with Royal Dragons and Thianges Dragons. On October 11, Chabo took position between Neuss and Meerbusch. On October 16, the regiment was at the Battle of Clostercamp where it formed part of the Reserve.

By February 9, 1761, the regiment formed part of the Army of the Lower Rhine and was deployed in the corps of the Lieutenant-General de Roquepine in the area of Moers. During the same month, the regiment was allocated to de Muy’s Corps, which was sent towards Hachenburg to reinforce the Maréchal de Broglie. By June 1, the regiment had rejoined the Army of the Lower Rhine. On July 16, the regiment was present at the Battle of Vellinghausen, where it formed part of the corps of the Prince de Condé. On July 18, the Duc de Coigny (Chamborant Hussards, Volontaires de l'armée under M. de Sionville and Royal Dragons brigade) was posted in front of the left wing on the heights of Ruhne.

In 1762, the regiment returned to Lille in France. 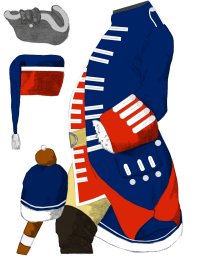 In December 1762, a regulation introduced a brand new green uniform with red as distinctive colour.

The maréchaux-des-logis and sergeants had similar uniforms made of Romorantin woolen cloth dyed in half-scarlet. Their coats and waistcoats had no silver buttonholes. They carried sabres like the maréchaux-des-logis of the cavalry regiments. Their saddle-clothes and housings were bordered with a 2.7 cm wide silver braid.

Since this unit was a royal regiment, drummers wore a blue coat heavily laced with braids at the king's livery alternating with silver braids. 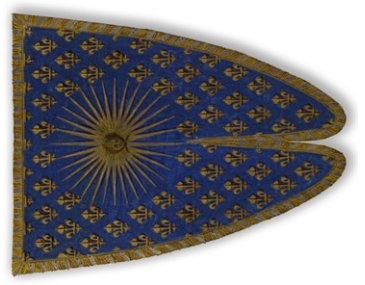 This article is mostly a translation Jean-Louis Vial's article “Royal Dragons” published on his website Nec Pluribus Impar. The article also incorporates texts from the following books which are now in the public domain: