Cossacks did not wear uniform but their clothes were well adapted for military purposes. Their clothes were strongly influenced by those of their eastern neighbours and usually included sheepskin hats, circassian caftan, short coat, baggy trousers and boots.

Several variants can be seen on the images below and can relate to all cossacks of any cossack commonwealth. 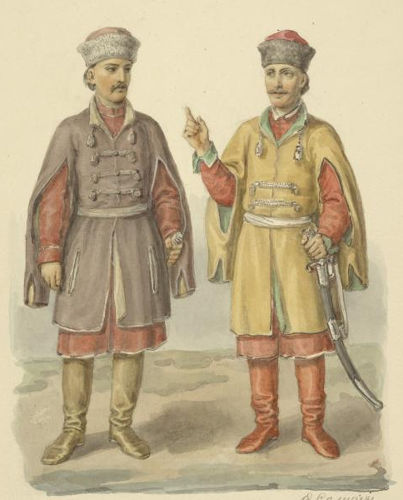 Cossack sotnias could be very colourful as depicted in the following illustration. 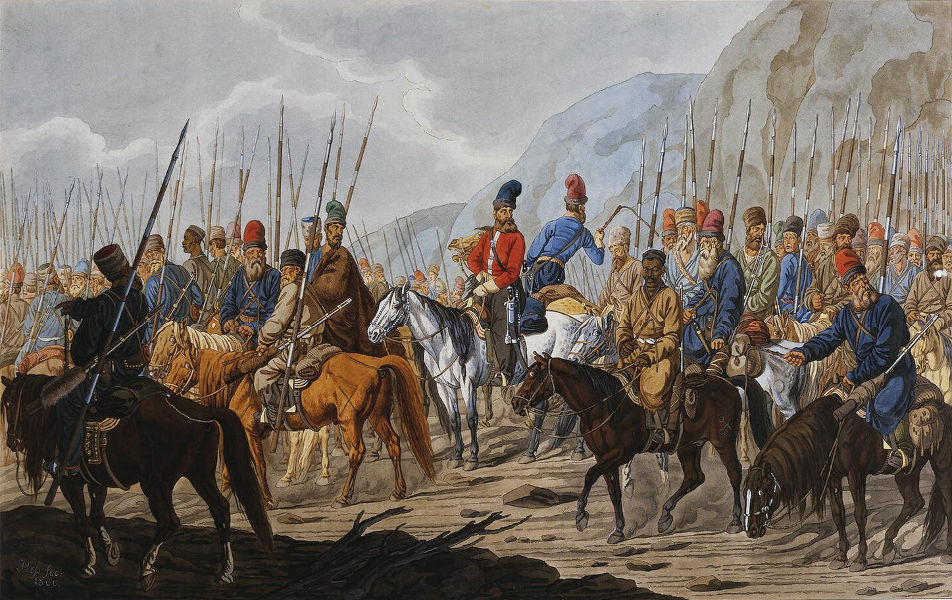 Viskovatov, A. V., Historical Description of the Clothing and Arms of the Russian Army, Petersburg: 1900