The regiment was raised in 1676 as Ramsvärds kavalleriregemente. Indelta in 1680 and received its name in 1695. It counted 8 companies for a total of 1,000 men.

In the Great Northern War shipped overseas in 1701. With the King's Army and captured after Poltava. Reraised but as the Norra Skånska used only as garrison troop. In the Norwegian campaign 1718. 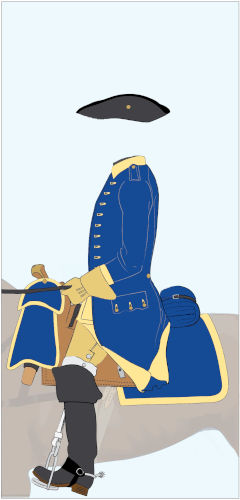